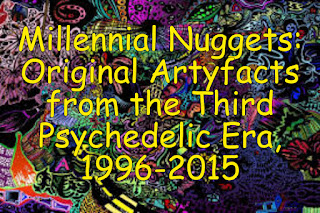 What if Rhino put together a fourth Nuggets Box Set? About 5 years ago, I put four playlists together on my iTunes library using that very concept. These most likely would have shown up on this very blog, had I still been actively blogging at the time. A recent thread in a Facebook group I frequent, reminded that I had tackled this, so I decided to see if I could recreate those playlists on Spotify. Turns out, pretty much most of what I picked was available on there. A few were missing and I had to swap tracks for certain artists, but I was pleasantly surprised. I put it all on one playlist on Spot. 107 tracks and a little over 5 hours worth. I will probaly continute to add to this playlist but if you'd like to listen to what I have so far . . .

This is exceptionally awesome!!! Thanks so much.