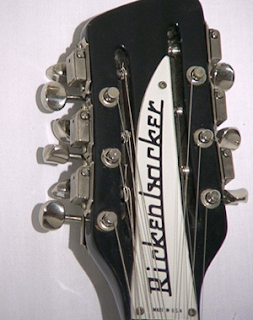 Long time since I posted a compilation. A few things have happened since Christmas that have kept me from blogging. First of all, the response to my end of year compilation has been off the charts! I can't remember another non-Power Pop compilation getting downloaded as much as this one has. I didn't want to step on that particular compilation's momentum. Second, the death of Megaupload had me worried for awhile there. Some of my previous comps were uploaded to that site, so if you are looking for those, just let me know and I will reup. Third, my laptop is finally showing it's age. Doing these comps is pretty time consuming, and it's even worse when the laptop is acting up. Which means, my Mega-Celebration of 1977 may have to be put on hold for awhile. Not sure anyone cared anyway as I got exactly zero comments regarding that particular series.

So what's this new comp all about? I recently stumbled upon two long lost (to me) gems via youtube, both from around 1990. First, was my favorite song by Better Than Ezra from their first, cassette-only release. Second, was a song by a Newport, Rhode Island band called the Philtres. With the help of a great new-to-me blog, I Hate the 90s, I was able to get the Better Than Ezra song (and the entire cassette!). As for the Philtres' track, well, I emailed the person who upped their video on Youtube and got a quick and polite response as well as a nifty little mp3 of their, should've been a hit, "Friday"! Even got permission from Pat Cottrell (who penned the song) to share it here. Those two songs instantly take me back to 1990.

At the time Jangle Pop seemed to be getting its due. Little did I know that this was really the last gasp for these kinds of bands. Many of the artists I've used to represent this era had better, more important records earlier in their career, but that is not the point. I loved all these songs then, and now.

One of my awesome readers, Old Softball Dude, has provided some cool artwork for this one. Check it: 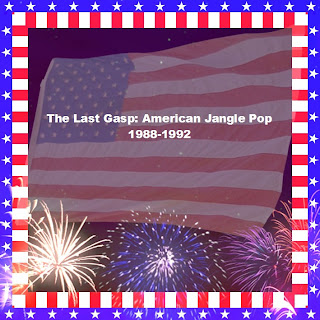 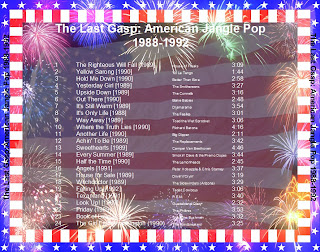